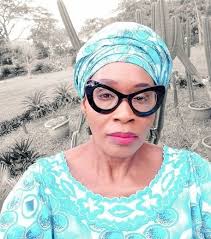 Kemi who is known to be the most controversial journalist in Nigeria seems to have reached the end of the road in digital journalism after facing jail time down the career line.

“Tomorrow DECEMBER 30th 2020, I end my career as a Digital Journalist. I’ll be taking off on a one-year medical leave.

Be Good in 2021 and feel free to say hello in my INSTAGRAM DM Only. I have opened it for my real fans. Thanks 4 the past 8 years in Nigeria. Check fleets weekly.”