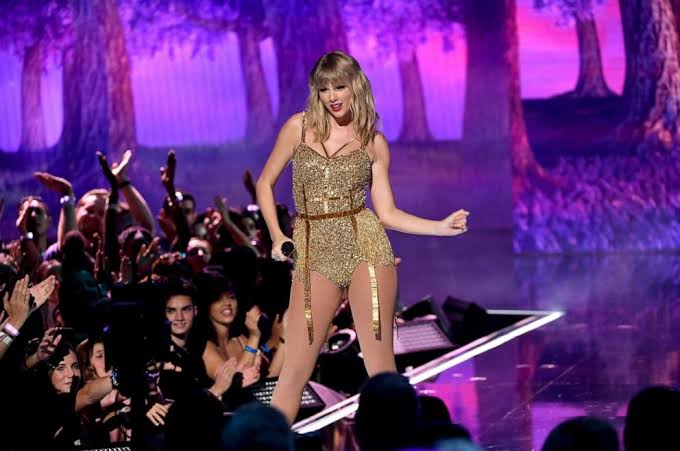 Taylor Swift reflected on a year of highs and lows as she was named both artist of the year and artist of the decade at the American Music Awards.

The star took to the stage in a prison-style white shirt, stencilled with the names of the six albums her old label owns, and sang The Man: A song about women’s struggle to be taken seriously in the music industry.

But the moment passed quickly; and Swift shed the outfit to reveal a more characteristic gold sequinned one-piece outfit, before launching into a 13-minute medley of her biggest songs.

She was joined by Camila Cabello and Halsey to duet on an energetic performance of Shake It Off, and ended behind a pink piano, playing her recent single Lover as ballet dancers Misty Copeland and Craig Hall pirouetted in front of her.

After standing for applause, Swift was presented with the Artist of the Decade award by legendary singer-songwriter Carole King, whose hits include I Feel The Earth Move and (You Make Me Feel Like) A Natural Woman. 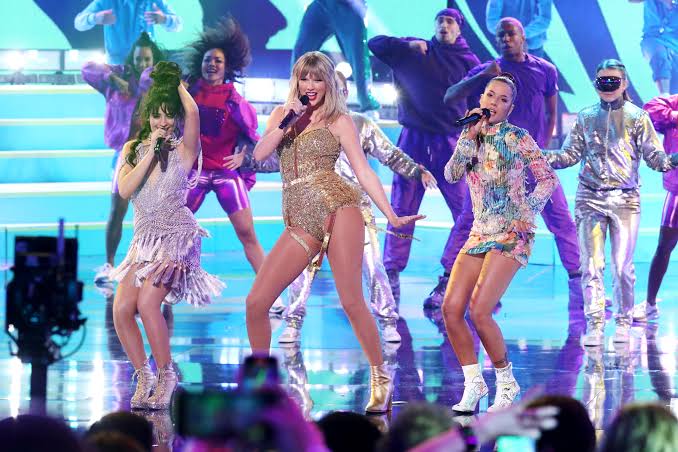 Addressing her fans, said: “This is an award that celebrates a decade of hard work and of art and of fun and memories, all that matters to me is the memories that I’ve had with you guys, with you the fans, over the years.

“We’ve had fun, incredible, exhilarating, extraordinary times together and may it continue.”

The career-spanning honour wasn’t Swift’s only award at the ceremony – she picked up another five competitive awards, including artist of the year.

That brings her total tally of AMA trophies to 28 – breaking a record held by Michael Jackson, who received 24 American Music Awards.

Swift, 29, has been embroiled in a high-profile feud with prominent talent manager Scooter Braun and her former record label over the rights to her back catalogue of six albums – a dispute that briefly put her performance at the AMAs under a cloud.

Swift publicly accused Braun last week of refusing permission for her to sing songs from her back catalogue at the awards show, urging her 122 million Instagram fans to let Braun “know how you feel about this”.

The public spat culminated last week with Braun saying that his family had received “numerous death threats” and that he “would like to find a resolution”.