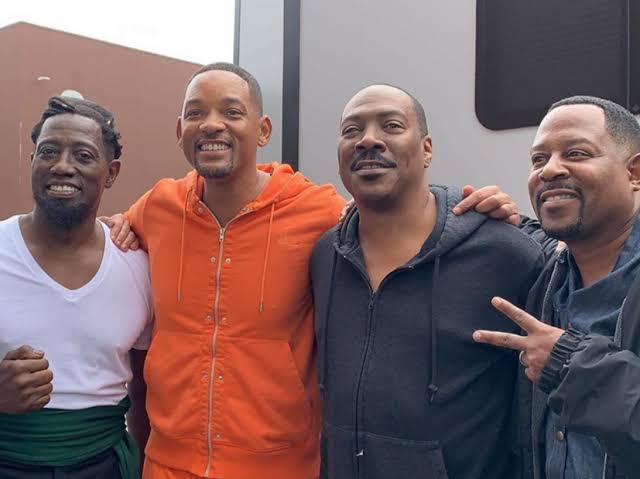 Barely a month after Tyler Perry’s Studio was declared opened, Columbia Pictures and Paramount pictures have engaged the 34th street, an arm of the Tyler Perry Studio, for ‘Bad Boys 3 and Eddie Murphy’s ‘Coming to America 2’.

Tyler Perry had hinted that the highly anticipated movies are being filmed in his studio when he shared a picture of the major cast on his Instagram page.

Reports indicated that the major characters of the films didn’t know they were shooting in the same studio.

Wesley Snipes, who has also been confirmed to be starring in the highly anticipated Coming to America sequel, was also in the mix. The Hollywood legend posted a photo with his three peers, captioned, “OGs in this!”

Eddie Murphy, Will Smith, Martin Lawrence, Wesley Snipes, and Tracy Morgan were some of the major characters of the ‘Bad Boys 3’ and Coming to America 2’.

Even Tracy Morgan was present for the grand reunion, along with several members of the Coming 2 America cast, including original cast member Shari Headley.

Next level iconic: Bad Boys 3 is filming in the same studio as Coming to America 2, so Will Smith stopped by to surprise some old friends. pic.twitter.com/JmCNjEBMvR

Some movie magic is COMING TO AMERICA soon!

Bad Boys for Life is set to hit theaters on January 17, while Coming 2 America is slated to premiere months later, on August 7, 2020.