Aṣa was born in Paris to Nigerian parents who were working and studying cinematography in France. Her family returned to live in Nigeria when she was two. Aṣa grew up in Lagos city, in the south-western part of Nigeria, and 18 years later, returned to Paris, where her life as an artist took off.

Asa’s music influences grew over the years from the collection of great music her father had built up for his work as a cinematographer. These records featuring American, Nigerian and African soul classics, included musical greats such as Marvin Gaye, Fela Kuti, Bob Marley, Aretha Franklin, King Sunny Adé, Diana Ross, Nina Simone, Miriam Makeba. Aṣa went on to draw inspiration from them.

In 2004, Asa met her manager and friend, Janet Nwose, who introduced her to Cobhams Emmanuel Asuquo, who in turn became the producer of her first studio album Asa (Asha).

Aṣa returned to France at the age of 20 to study at the IMFP school of Jazz music, where she was told by teachers that she should go ahead and become a recording artist because she was ready and needed no schooling. Back in Nigeria, her first single, “Eyé Adaba,” was beginning to get airplay. Aṣa soon signed to Naïve Records. Partnered with Cobhams Asuquo, and with the new involvement of Christophe Dupouy and Benjamin Constant, she produced her first platinum selling self-titled album, Aṣa. The release of the album saw Aṣa charting radios across Europe, Asia and Africa and went on to win the prestigious French Constantin Award in 2008, when she was voted best fresh talent of 10 singers or groups by a jury of 19 music-industry specialists in Paris. 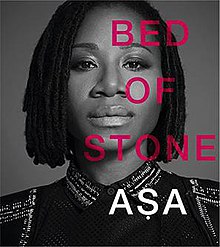 Bed of Stone is the third studio album by Nigerian-French recording artist Aṣa. It was released on 25 August 2014 through Naive Records. Recorded in the East-Sussex area in the UK, the album was co-written and produced by Blair MacKichan, a British producer that has already worked with Sia and Lily Allen. The Album received widespread critical acclaim upon release.

Lucid is the fourth studio album by French-Nigerian singer Aṣa, released on October 11, 2019, through Chapter Two Records and Wagram Music. It is a soul, folk, and rock album that incorporates elements of funk and folk rock. It is more personal and less political compared to her previous albums. The production was primarily handled by drummer Marlon B and contains additional elements of jazz, reggae and neo-soul. The album’s title depicts the place where she is currently at in her life.

Asa’s net worth is estimated to be $28 Million dollars as at 2020, making her one of the top 10 Forbes richest musicians in Nigeria.